Filmstro has been given the full FILM RIOT treatment and reviewed by host Ryan Connolly.

Being part of the Filmstro team, by overseeing audio production with mixing and mastering of the tracks, it is fantastic to hear such positivity. In fact, the majority of reactions to what the company is creating has been positive and that gives a great boost to everyone involved to keep pushing forward.

The simplicity of the app layout belies the complexity of what is actually happening behind the front end of the software and this is amazingly handled by Christopher Young and Tim Fletcher.

The best part of it for me is working on such a variety of tracks, and styles, from the talented group of composers who are on board.

Overseeing everything and keeping it all focussed is musical director and founder Sebastian Jaeger.

Well, the easiest way to explain it is to watch this FILM RIOT review by Ryan Connolly!

Recently we became aware of this new software that is making it possible for people that are not musically inclined to make music for their film. The tagline on their site is “We’re all composers now” and, while I definitely wouldn’t go that far, this is a really fantastic idea for people trying to score their film without a budget.

Filmstro. It’s an incredibly simple and clean layout. I really dig that actually and I’m in the paid version right now. If you look on their site you see there is a free, fully functional version, that just has limited music and then you have a 20 a month membership that gives you all of their music and you get new songs that they add weekly. So the monthly is definitely the better way to go but it’s pretty awesome that they offer this free starter version too.

Filmstro Launch Into The Future

Filmstro was only launched a few months ago and I loved Ryan’s summing up and definitely think it hits the nail on the head for a new and ground breaking piece of software. There will undoubtably be many new additions coming in the future as it develops and lots learnt from user feedback.

It is we currently only on Mac at the moment but will soon to be followed by a Windows version in March 2016.

With technology comes advancements and challenges and I certainly think Filmstro has a bright future. As a composer who has produced library music I see this, in a way, as Production Music 2.0. Giving the end user the ability to get creative with the music that the composer has provided and adjust it to the requirements of their own project.

Take Filmstro For A Spin

Give Filmstro a go! If you want a FREE month of Filmstro PRO enter this code on sign up: MAKEFILMMUSIC

Head on over to Filmstro.com now! 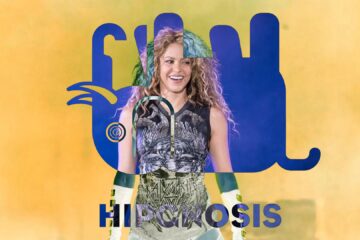 Shakira has done a deal with UK based Hipgnosis, an investment company established to offer investors exposure to songs and associated musical intellectual property rights. She has signed over the music publishing rights for her Read more…

Today we have lost the amazing composing talent of John Barry who has died of a heart attack at the age of 77. I, along with countless others, have been inspired, encouraged, and entertained by Read more…

There is a dream that many people share for an end to the mental loudness war that still continues after many years. One man who champions the idea of putting dynamic range back into music Read more…