Getting Some Sparkle With The Waves Aphex Exciter!

I was doing some mixing over the weekend and, due to seeing one of Waves’s often sales, I thought I’d give the Waves Aphex Vintage Aural Exciter a shot at it’s bargain price. (I may have also bought a couple of more toys in the sale!).

Here’s the Waves blurb about the AVA Exciter

When it was originally introduced in the mid-1970s, the Aphex Aural Exciter® brought its distinctive sound to select sessions by leading recording artists, traveling from studio to studio as an exclusive (and expensive) rental unit.

A true groundbreaker, the original Aural Exciter was highly regarded for its ability to increase and enhance presence, brightness, and detail on vocal tracks and masters alike. It was even credited as a “session player” on popular albums by the likes of Jackson Browne, Linda Ronstadt, and James Taylor.

Modeled on one of only a few tube-powered units ever made, the new Waves Aphex Vintage Aural Exciter plugin delivers all the unique character of the rare original hardware unit, with all the advantages of software.

Out of 38 tracks in the mix I was working on I used the Exciter on 5 as an insert on each track. I really love the simplicity of throwing an effect like this into play and, after a few tweaks, create a sound that I’m happy with.

You can add a little sparkle to the part or completely change the sonic character and crafting the sound to fit best in the mix.

I definitely would recommend this plugin to add some polish and character to your mixes.

I’m also liking the Waves Licence Centre that authorises the plugins on your computer. My studio Mac Pro is running Waves Mercury on an iLok (which I’ve never had an issue with) but I like that I don’t need an iLok on my Macbook Pro.

Once you’ve bought, downloaded and installed the plugin(s) you open up the WLC and say which computer to authorise et voila! 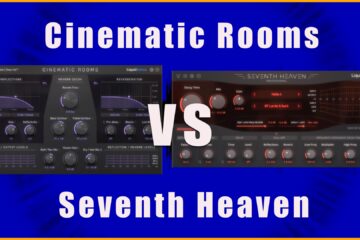 Liquidsonics Cinematic Rooms vs Seventh Heaven – Which Do You Prefer?

Here’s a quick blind test for you comparing Seventh Heaven and Cinematic Rooms from Liquidsonics. Which one did you choose? Orange or Blue? Do you already own one or both and what do you like Read more… 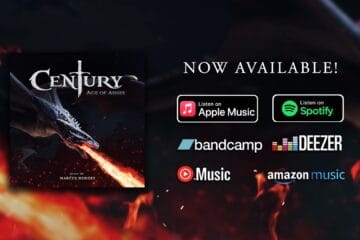 Life Of A Mountain: Helvellyn

Film & Music A stunning documentary by Terry Abraham with beautiful music by composer freddiehangoler (Nitzan Sagie): Life Of A Mountain: Helvellyn. Mixing & Mastering I was lucky enough to be brought on board to Read more…